Using your VPN to access Netflix, whether you’re interested in watching international content or you simply desire privacy while streaming, is common and completely legal. Unfortunately, users of the popular Avast VPN haven’t been able to watch Netflix consistently.

Netflix attempts to ban VPN servers from accessing their site, and while several excellent VPN providers are able to stay ahead of the streaming giant’s methods, Avast Secureline VPN seems to have fallen victim.

If you’re one of the Avast VPN users who haven’t been able to watch Netflix, we’re going to detail all of the ways that you can continue to stream shows and movies on a secure, private Internet connection.

Why Do People Use Avast VPN To Watch Netflix? The primary reason anyone uses a VPN is privacy. With a private network, you can access any site you wish without your activity being visible to hackers, government agencies, or sites that track user data. Subscription streaming services retain your payment information, which can be compromised any time you log in. Every smart Internet user takes steps to protect their financial data, but at the end of the day, many people use Avast VPN simply because don’t want to be tracked online.

Another reason why people want to use Avast Secureline VPN to stream Netflix is that it can give them access to thousands of additional shows and movies. A VPN address can place you virtually anywhere in the world, and different countries have different Netflix libraries. What a Netflix subscriber is able to watch in Canada, for example, is different than what they could stream in the UK. Some countries also have early release dates for new content. Using a VPN to connect to the Internet from servers around the world can give you access to every show and movie Netflix has to offer, as soon as they release.

Unfortunately, Netflix has blocked all Avast VPN servers, meaning that paying subscribers can’t stream content with the protection of a VPN.

It’s actually not just the servers of Avast Secureline that Netflix bans. If Netflix had it their way, no VPN users would be able to access their service. Not because people connect to the Internet with a VPN are doing anything malicious, but because they inherently conflict with how streaming services structure their licensing agreements.

In short, Netflix has different licensing and copyright agreements in each country its service is available in. It’s the largest reason why content libraries vary so much from country to country. For example, Netflix may own a license to stream a show in the US, but not in Canada.

Netflix also employs aggressive data mining to evaluate how content is performing and determine which shows or movies to recommend to users. With a VPN in place, your activity becomes anonymous and the company can no longer track your behavior.

Their data mining methods are so advanced that Netflix can estimate the cost-per-hour of their content, project the viewership of future programming, and predict what shows and movies you will be most likely to watch if they appear on your home page. That much data carries a hefty monetary value, and Netflix doesn’t want VPN users to muddle their statistics.

As a result, the streaming giant has been perfecting a strategy to block VPNs since early 2016. Many of the best VPN services are still able to stream Netflix without issue, but Avast Secureline users have been running into issues recently.

Netflix uses sophisticated software to look for markers — like encrypted connections and clusters of people using the same IP — that an IP address is coming from a VPN server. Once an IP is flagged, it can no longer be used to stream Netflix. Instead, an error message will appear.

The practice is known as IP blacklisting, and has led to a cyclical battle between VPNs and Netflix. As soon as Netflix blocks an IP address, VPN providers simply buy more to distribute among their users. It’s a cat and mouse game that has gone on for years, with seemingly no end in sight.

Unfortunately, only the largest VPN services with the deepest pockets can afford to provide their users with consistent access to Netflix and the other top streaming services.

Does Avast VPN Work With Netflix At All?

Avast Secureline is a popular VPN that’s been successful for thousands of users. However, it’s a smaller VPN, with just 55 servers.

As of this article’s latest update (October 2022), the majority of Avast VPN servers have been detected and blocked by Netflix. Of the Avast VPN servers we tested, only a few could only unlock three Netflix libraries — USA, UK, and Norway.

How You Can Still Watch Netflix If you want to stream USA, UK, or Norway Netflix, you may still be able to use Avast Secureline VPN. However, for consistent access to all of Netflix’s libraries, we recommend going in a different direction.

Our preferred VPN service for streaming Netflix is NordVPN. They have a massive server network, some of the best speeds we’ve tested, and allow users to secure six devices with one account. NordVPN’s SmartPlay is an appreciated quality of life feature as well.

It’s also one of the most affordable services — NordVPN’s two and three-year deals feature substantially lower monthly rates than other providers. On top of that, they include a 30-day money-back guarantee with every subscription. We always appreciate when a VPN lets people see if the service is right for them without forcing them to commit financially.

Regardless of what VPN service you choose to use, here’s how you can use it to stream Netflix:

Regardless of the VPN you use, the process for watching Netflix through it is fairly similar across the board:

If you aren’t sure which country offers the programs you want to watch, a quick Google search should let you know what server to select. Alternatively, you can browse the libraries in different countries and discover new content.

On Your Mobile Devices

To use Avast or another VPN to watch Netflix on your phone, you’ll more or less follow the same steps for watching on a computer. The primary difference is that you’ll need to download your VPN provider’s app instead of accessing their website.

Every VPN we recommend for streaming Netflix has user friendly apps across a wide array of devices. Connecting to the server of your choice and activating the VPN is never more than a two-click process.

On Your Smart TV

It’s important that you can connect every device you stream on to your VPN, and that includes smart TVs. There a few brands of TVs — Amazon’s Fire TVs — that have VPN apps you can download, but most don’t offer any type of native VPN protection. Not from reputable providers, anyway.

If your VPN service has an app on your smart TV, simply download the app, log in, choose your server, and activate the VPN. You’re good to stream foreign Netflix libraries on the big screen.

However, if you use a Roku TV or other smart device that doesn’t have VPN apps, you’ll need to take a different route.

How To Install A VPN On Your Router

To ensure you can stream Netflix with a VPN on any device in your home, you can install a VPN on your WiFi router. Some VPN companies sell routers with their service and encryption already built-in, for an additional cost.

Here’s a great DIY method that isn’t too difficult and can save you a few hard-earned dollars.

Another bonus of installing a VPN on your router is that you can bypass your service’s device limit. Even though the WiFi router is securing every device in your home with a VPN, your provider will only recognize one device in use. 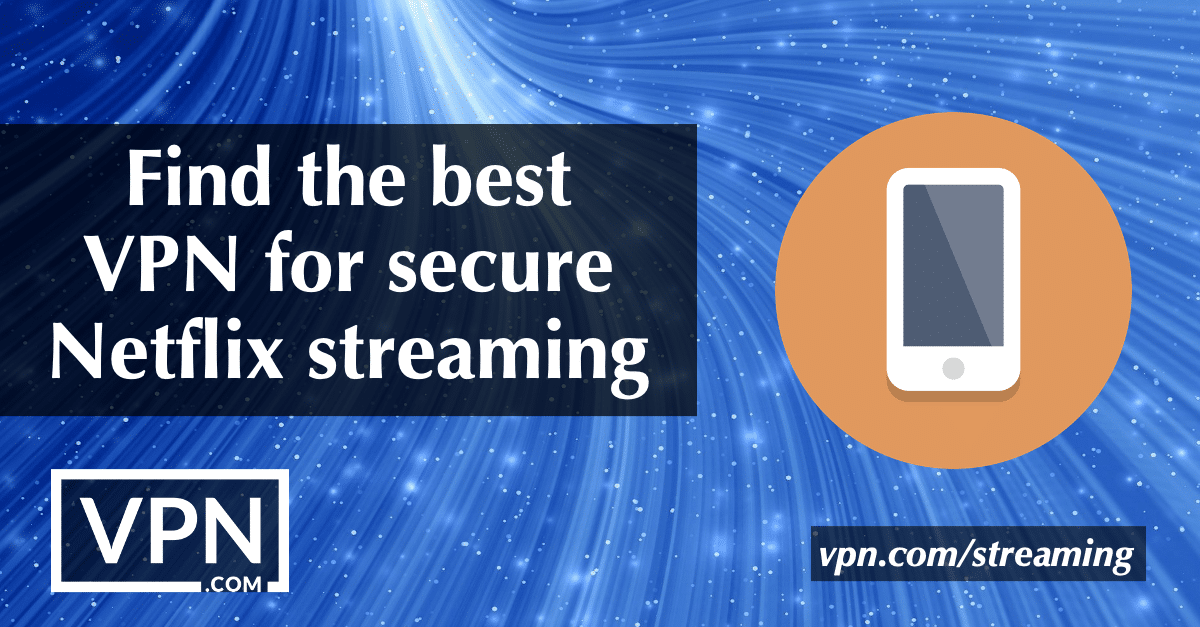 Unfortunately Avast simply isn’t a big enough VPN to compete with Netflix’s banning methods. While there is a chance of unlocking a few Netflix libraries on a small number of their servers, we recommend using NordVPN or one of our other recommended VPN for Netflix.

If you’re looking for VPNs to use with other streaming services, check out our top-rated VPN for streaming.

The Best VPNs For Streaming Netflix In October 2022